If you are searching for the best interior and exterior contractors in Chicago, stop your search now. We are the best to get the job done. Request for a quote now! 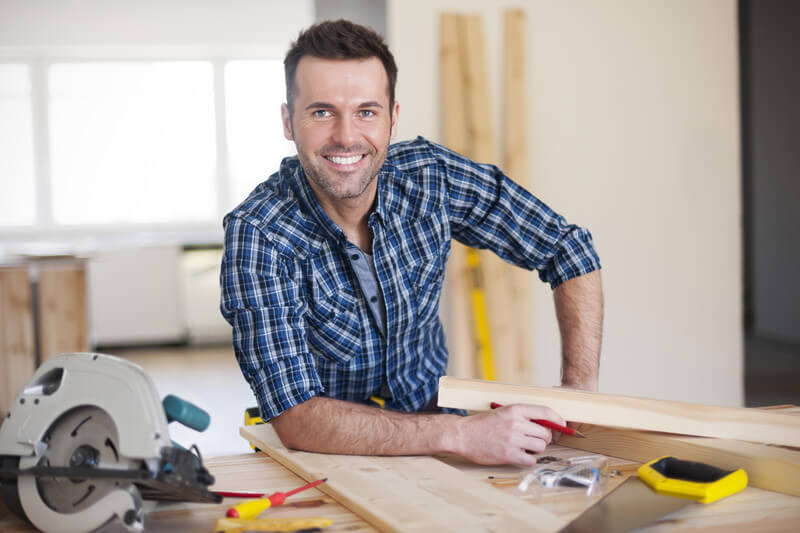 Enhance your indoor and outdoor living with the best contractors in Chicago. Our complete home improvement services include the daunting painting services to window cleaning projects.

Get in touch with us for personalized service for sprucing up your current home.

Best Contractors Chicago is a professional Home remodeling and home improvement service company registered as a general contractor company in Chicago. We are rendering services for interior and exterior painting and remodeling in Chicago for the past two decades. We provide home improvement services like tiling, flooring, roofing, gutter cleaning, window cleaning, remodeling, drywall & plastering, and faux finishing.

We are a well-equipped, top-rated, and award-winning contractor company that Chicago trusts. Our reliable cost-effective services are the best in the industry.  We never compromise on the material and general quality of the job.

Being your trusted Chicago contractors, we simplify the process for you. All you need is to just supply your home remodeling service requirements to assist us to process your needs and complete the process just at a click of a button.

Supply your location and your project work needs, including your info.

Our Chicago contractor will arrive at the site, and get the job done.

We undertake flooring, painting, or installation with varieties of finishes and textures. Whether it is a big job or a small one, we provide equal priority to them and complete the work with 100% customer satisfaction. We finish our job on time and efficiently. Our team has licensed and highly skilled contractors in many areas. we offer a wide range of services. All remodeling project includes bathroom remodel, Brick repair service, and other service requests are carried out by our service professionals.

We understand what it takes to perform a painting project, and customize every project based on the customer’s wishes. Our mission is to convert your dream home into a reality. This mission has also enabled us to provide you the best and the most regular services within a fair budget for the greatest customer satisfaction. So, when next you search for a painting company that can deliver in Chicago, reach out to us. Our Outstanding services have gained wide popularity.

If you need help handling your hardwood floors, then you are at the right place. Our service includes the provision of high-quality hardwood flooring and installation. Our flooring services including sanding, refinishing, installation, and so on. We are reputed for being the best at the work we do. Whether you need wood flooring for your basement, kitchen, bathroom, or living room, we can assist you to beautify your Chicago home more.

Quality roofing looks nice and protects your home and everything in it, but it must be installed to withstand the test of time. Roof repair services are performed by our roofing, siding & Remodeling contractor team who are well versed in entire home remodeling. Our company provides high-quality roofing services to install, inspect, repair, and replace your household roofing. We are your highly experienced local team of contractors who are professional and friendly, available to serve you and your household with your needed roofing replacement. we also undertake commercial building and add window wrap.

Our company is proudly the #1 drywall contractor in Chicago. We have completed thousands of drywall, painting, and repair projects. We are popular for our efficiency and providing the best customer service. That is why we handle your ceiling or wall project with great responsibility. We offer the best experience for all our customers and assure total satisfaction to them.

With innovative enhancements, we can design a perfect property that interprets the mind of the customers. At Best Contractors Chicago, we make use of the best equipment and have the right experience to improve the attractiveness and value of your property quickly. We offer an attractive renovation and remodeling output with enhanced functionality. Our remodeling contractors have been serving the Chicago suburbs and have been performing excellently in craftsmanship, customer service as well as value delivery for your investment as promised. Complete home remodeling - kitchen, historic remodeling, bathroom remodeling project, and basement remodeling request are handled by our design staff and conceptual design is created. The professional design experience of our team improves your intimate space, livable space, outdoor living space, space after water, and master bedroom with a time frame estimation.

Our company is equipped with the best contracting team in Chicago who are focused on window and door replacement projects. Our service providers offer a variety of solutions and will assist you to choose the best type of replacement window required for your property. Our Catalogue contains a huge collection of Windows and doors under different styles to match your home. Regardless of your requirement, we can assist you to figure out your options for replacement and get affordable doors and windows for your job.

Have questions or need help?

Best Contractors Chicago is your “home remodeling services near me” company in Chicago.  We have an office centrally located in North Avenue, Chicago. However, our commitment to excellence is evident across the city. Our approaches and capacities have increased dramatically to different Chicago areas.

The city of Chicago sits on an area of 60,000 hectares and 176 meters (578ft) on sea level on Lake Michigan’s shore to the southwest region. It is the fifth-largest freshwater body in the universe-spanning 190km and 495 km long. The Chicago and Calumet rivers are found in the city. The large parklands in Chicago, with the 3,000 hectares of city parks draw in around 86 million visitors every year.

Being a multicultural city that believes in harmony and diversity shown in its neighborhoods, Chicago is now a representation of the country’s heartland-integrity, community, and hard work and indicates the ideals in the social lives of its 77 different neighborhoods. Chicago, across the country, is seen as a highly passionate sports town.

The city is a leader in modern public schools, improving public safety and security initiatives, offering affordable real estate in beautiful and economically bustling communities, making sure of accessibility for all, and facilitating social, environmental, and economic sustainability.

Chicago’s support is in its properly-structured 77 neighborhoods in nine districts with each having a unique combination of attractions, personality, history, and culture. Residents settle in different neighborhoods, such as Lincoln Square, Hyde Park, and so on, and remain loyal to their neighborhood, so carefully and wisely select where you settle down.

The elevated train system in Chicago is one of the reasons behind its popularity, often referred to as the “L” by locals. The train system is operated by the Chicago Transit Authority and it offers above 140 stations across the city and suburbs. However, there are numerous other means to move around Chicago towns, such as rideshares, taxis, or bike rentals. Rideshare services, such as Lyft and Uber are popularly available, but they are expensive, costing around $3 per ride.

The highest tax rate in the United States is in Chicago as regards rideshare services, with a multileveled structure that charges depending on your pick-up and destination locations.

Exploring Chicago with friends and family is much fun and you can meet vibrant, young professionals easily in Chicago. If you are relocating to the food-centered Chicago, you will soon develop an interest in the three signature food groups: Deep-dish pizza, Italian Beef, and the Chicago-style hot dog.

Visit Al’s Beef to get the best-beloved beef sandwiches, Lou Malnati’s, Giordano’s, or Pequod’s fascinating deep-dish. There are many great styles in Chicago and is probably a leading shopping destination. There is a mile-long stretch of restaurants, high-rise malls, and boutiques on Michigan Avenue.

One can easily fall in love with Chicago from the rich cultural landscape of towering skyscrapers. Chicago is one beautiful place to live for people who want a vibrant urban center without spending much or going through the stress of a bugger city.

Chicago is the largest Midwest City and is nicer than LA and cleaner than NY. Even at that, the city is still humble to the core. There is enough public transportation, many diversity, and good jobs.

Chicago Landmark, according to the Mayor and the City Council of Chicago for historic sites in Chicago, Illinois, US is a designation. The city is known for a combination of criteria, including architectural, historical, economic, artistic, social and cultural values.

Great customer service and outstanding results are important to the home renovation process. We are ready to make your space comfortable and practical with our contractors in the Chicago area. We don’t consider our renovation projects as just jobs; we take them as our chance to create a long-lasting positive change in the lives of people. The reviews we received from our customers are heartwarming. Read all the great customer testimonials we received. 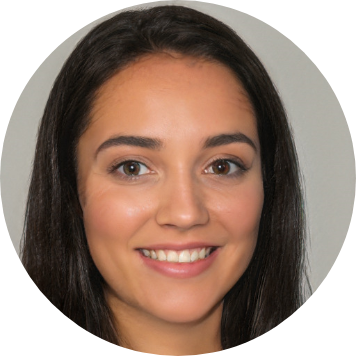 Hilary Vic

Read More
I had my project remodeling handled by Best Contractors Chicago for the first time. They did just a wonderful and full home renovation for me: their kitchen, bathrooms, painting, and flooring work touched my heart. 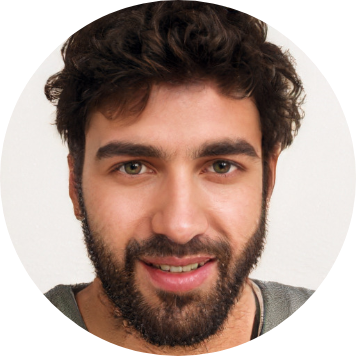 Taylor J

Read More
I enjoyed working with Best Contractors Chicago. They are highly professional and knowledgeable. The crew was hard working and was able to deliver significant results. I strongly recommend them for your remodeling job. 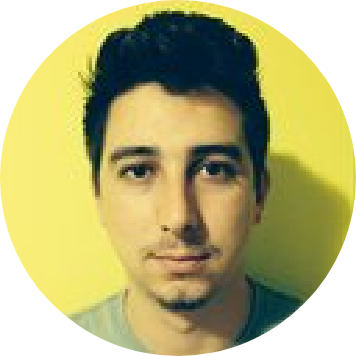 Bill Carries

Read More
I contacted Best Contractors Chicago when I was rushing to complete a project. My surgery date is near and I needed someone who could do a quick job. We are replacing a bathroom in our home and turning it into a shower. They performed beyond my expectation.
Previous
Next

To learn more about home improvement tips and designs, visit our blog section. 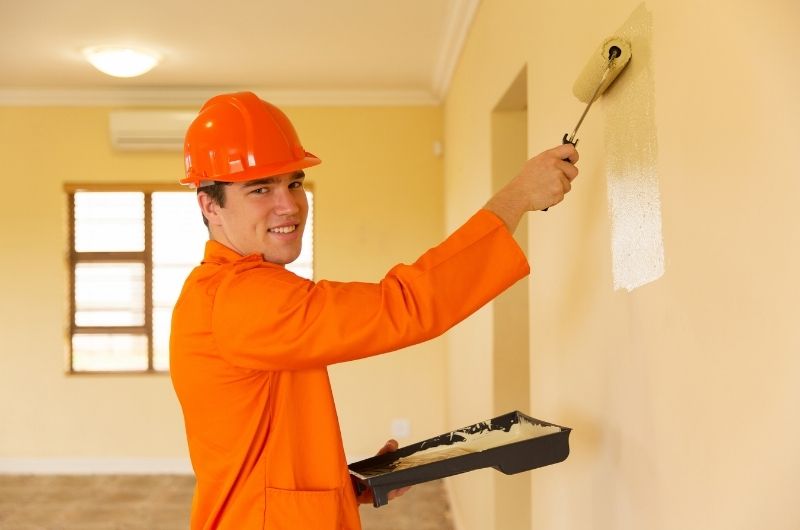 How to Hire A Painting Contractor 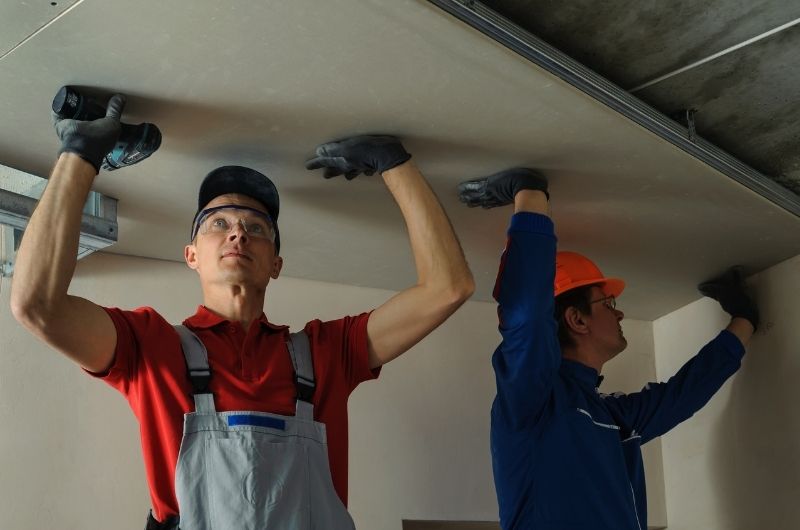 Drywalling Like a Professional: Top Five Tips for Drywall Repair 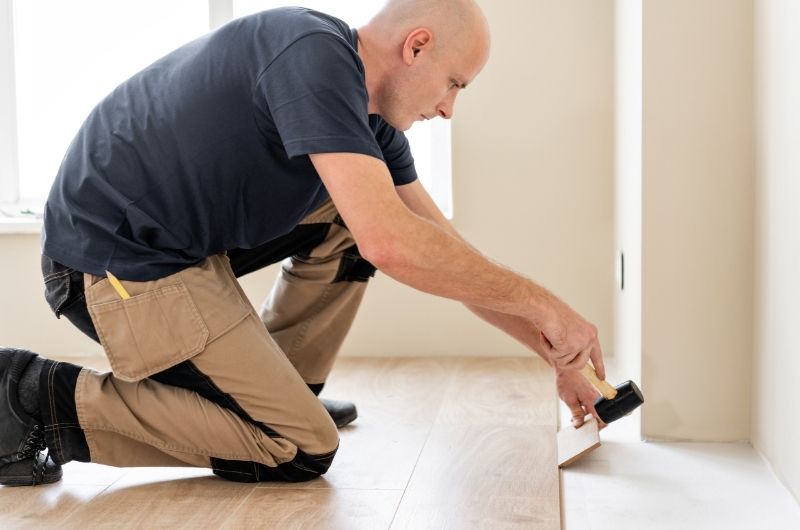 How to Select Perfect Flooring for Your Home 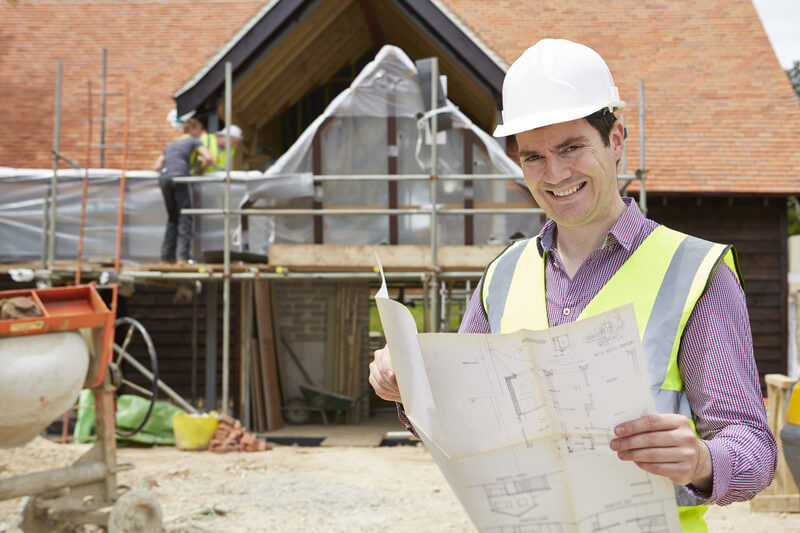 5 Easy Ways to Improve Construction Efficiency on Your Project 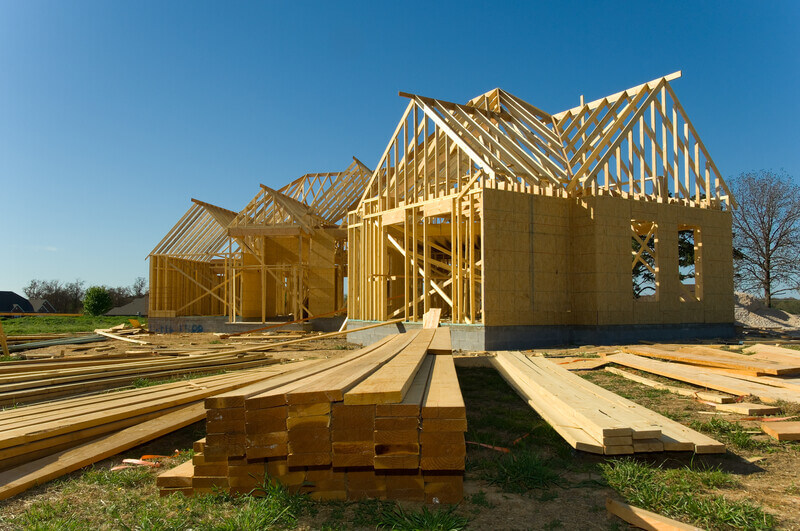 A Step-by-Step Guide to the Home Building Process 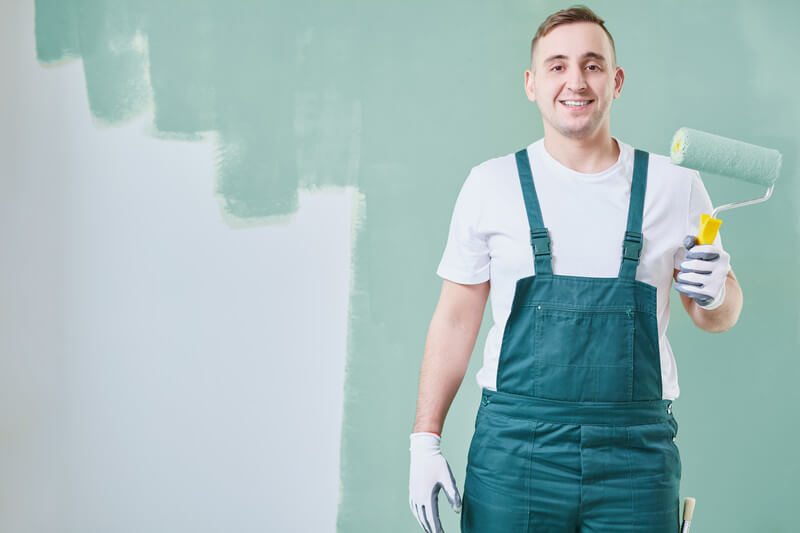 YOUR SATISFACTION IS IMPORTANT TO US

When you hire our contractors in Chicago, you can sit back and relax as you will get unmatched customer service as well as great artistry you can rely on. 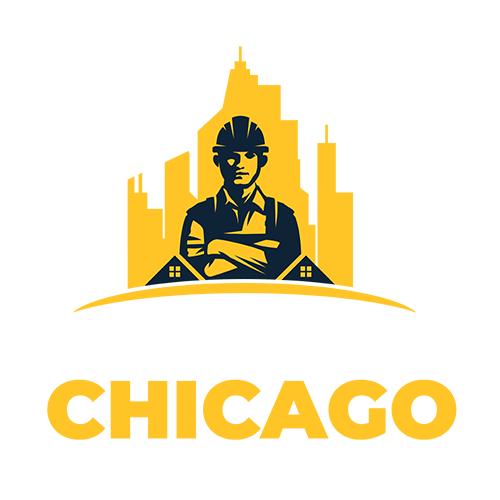 We are highly qualified, and licensed contractors who work to make sure our customers are totally satisfied.

Contact Us
Ⓒ Best Contractors Dallas 2021 – All Rights Are Reserved
Made with ❤ by lagoonmedia.com